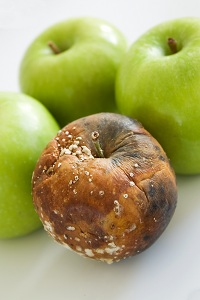 Sadly they cannot. I have myself been contacted on a number of occasions by companies who promise that they can “remove bad reviews”.

The fact is that if a person was not satisfied with your service or feels aggrieved in some way and posts this on the internet, the review cannot be removed. What you must do is respond.

Numerous studies that I have seen make mention of the importance of responding to bad reviews. Google has a function that allows you as the owner of a business or medical practice to respond, though you have to have claimed your Google places listing in order to do this. One thing I always recommend is 1)Respond as best you can and 2) Try to figure out who the person is, look them up in your records and contact them. Even if you can’t make it right for them, even if they are still upset with you for some reason, the fact that you cared enough to try makes a huge impression.

How many times has it happened to you that someone did something rude or inconsiderate and then apologized. Did the apology make it right? No, it did not. But now think about the times that someone did something rude or inconsiderate and then did not apologize and continued about their businesses as it you were the least important thing in the world. In fact sometimes just contacting someone, listening to the problem in an understanding manner, and apologizing, can result in the person returning to continue to do business with you. One thing is for sure, ignoring people who did not have a good experience does not work.

Wayne Baumgarten San Antonio SEO Consultant and Internet Marketing expert. He specialises in marketing for dentists and orthodontists but has worked with a wide range of clients. Wayne was born in New Zealand and finds central Texas suits him just fine.